For up to date information follow James and Bonsai Trees on social media or BonsaiTreesBand.com 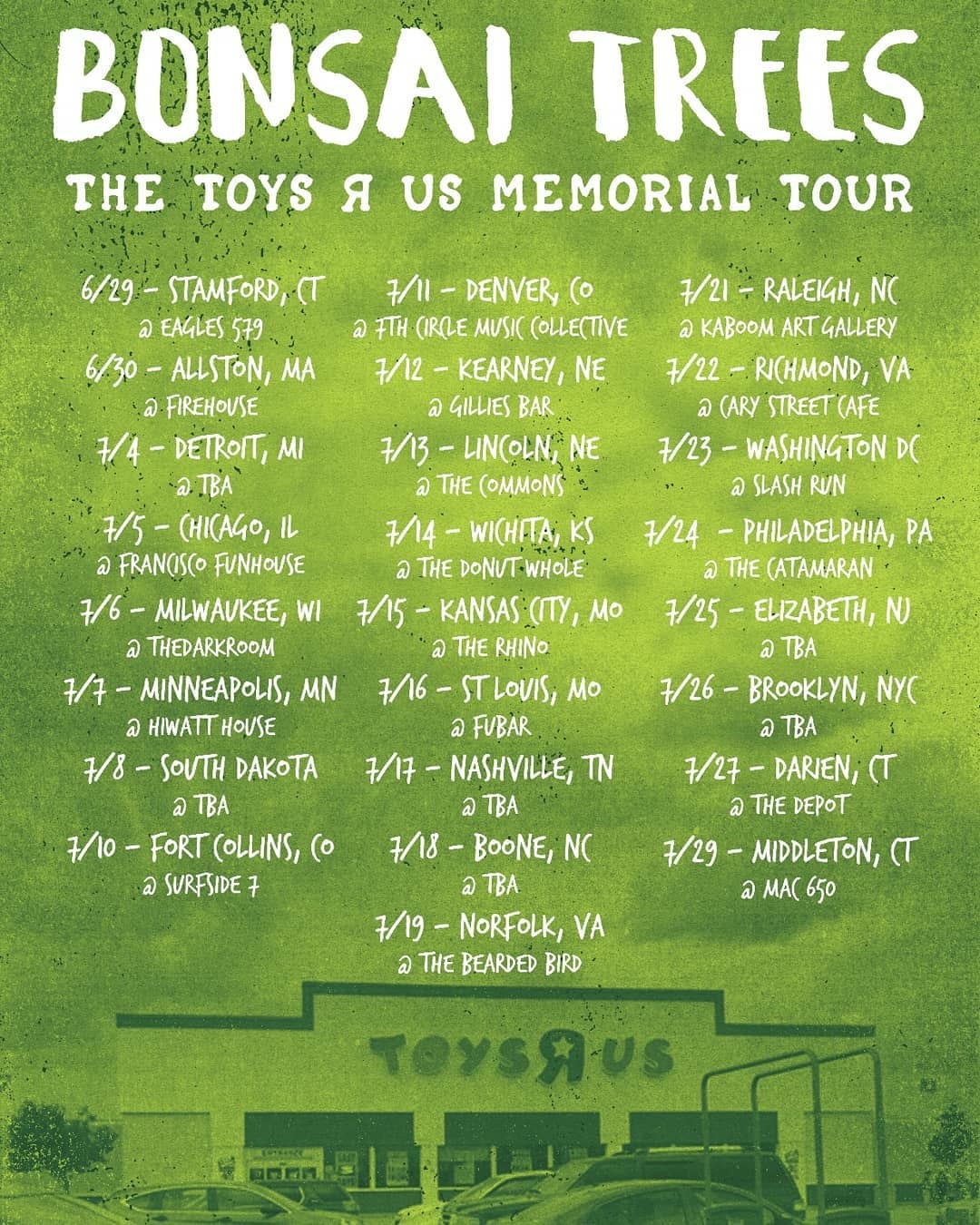 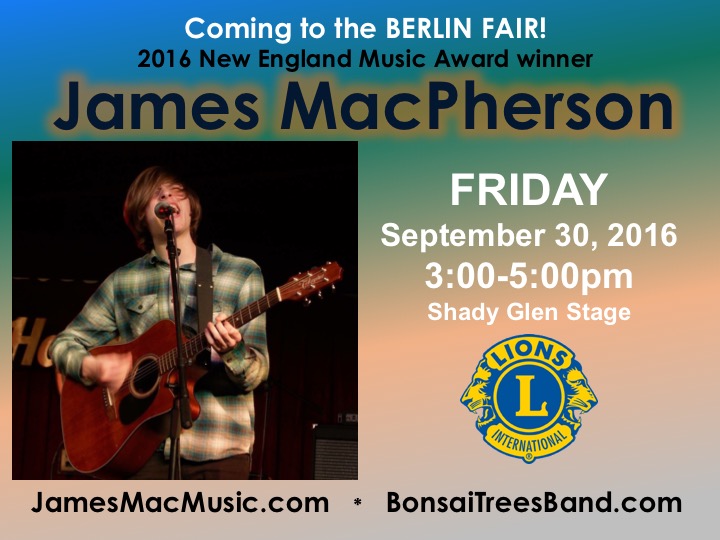 February 19, 2016 – Bonsai Trees @ The Champ as part of the Music Millennium Conference in Harrisburg, PA 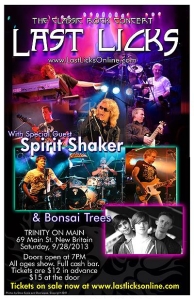 January 20, 2013:  Bonsai Trees and other local bands performed at a benefit concert at The Red Door in Watertown, CT to raise money for the Sandy Hook community.

September 6, 2012: James performed his song “Caught Up” live on Fox CT morning news and was interviewed by Erika Arias and Logan Byrnes.  This segment aired nationally on Fox’s sister stations around the country!  Later that same day, James performed solo then with Bonsai Trees @ the 120th Annual Wapping Fair in South Windsor, CT.

March 31, 2012:  James performed solo before 400 people, opening the show for the popular classic rock band Last Licks at Trinity on Main in New Britain, CT.  James co-wrote Last Licks’ original song “Phoenix Rising” which they debuted at the show.  Last Licks’ lead singer, Bill Wilson, introduced James as “one of his favorite people on the planet and the future of music”.

December 4, 2011:  James performed his song “Caught Up” at the 2011 Festival of Trees in Old Lyme, CT sponsored by Bring Our Music Back, an organization committed to providing performance opportunities for young artists.  James was selected for this honor by Connecticut music icon Brian MacDonald.   “Caught Up” (Video production by Stephen Sloat, Audio production by Bruce MacPherson).

May 22, 2010:  At only 13 years old, James made his public debut at the Steve Shore Recovery Trust Benefit in Bristol, performing his original song “Off The Top Of My Head” on ukulele backed up by members of the popular CT cover band “Last Licks”.   The late Steve Shore was a local icon and a musical mentor for James when he was first learning to play bass guitar.